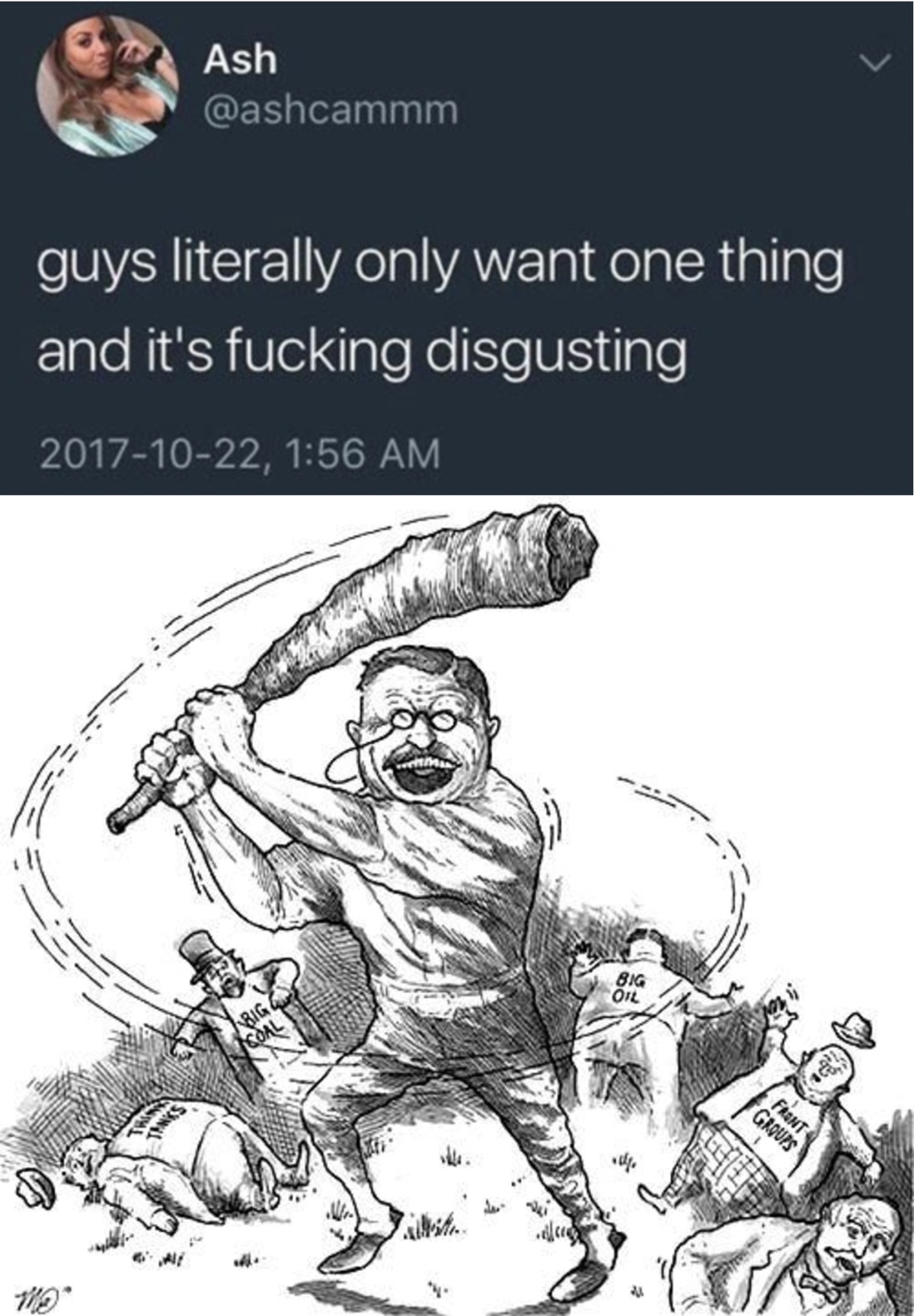 In their best Biggie (ft. Jr. M.A.F.I.A) impression, CVS (ft. A.E.T.N.A) is doing their best “Get Money” move. By attempting to buy Aetna for $69 billion…heh….they’re trying to merge one of the largest pharmacy retailers with one of the largest healthcare insurance providers. That the purchase is for $69 billion is all too perfect because the only people getting any sort of pleasure out of this will be the executives at CVS and Aetna; everyone else is left out of this little shindig.

But this is just one more merger among many since the 1980s and 90s, when the US government decided it really didn’t care about oligopolies and de facto monopolies. If you want to look at one of the biggest reasons we’ve seen profits and production increase along with he cost of living, but wages remain stagnant, you could look to the current market structure which is almost exclusively an oligopoly in every single industry. Want to go to a pharmacy? Most likely your choices are CVS, Walgreens, or maybe RiteAid (and let’s not forget Walmart). Sure, there are local pharmacies, but they represent such a small portion of sales that they hardly count. You could also go to your local grocery store, but it’s not really “local” as it’s most likely owned by Aldi, Albertson’s, Ahold Delhaize, or Kroger (or, again, Walmart). And if you want to watch the news on your phone (which is really just down to two competitors: Samsung and Apple), you’ll likely be watching or reading the news from an organization that is owned by one of six corporations (90% of the mass media in the US is owned by just 6 corporations).

The point being, it’s difficult to think of an industry where there’s robust competition free of giant competitors. Business software? Intuit and Microsoft will likely outcompete you or buy you. Oil extraction? There’s maybe 3 or 4 major companies that can accomplish this. Car production? Of major US car producers there’s three, including real worldwide competition we’re still at less than 10. In fact, if you think of common oligopolies in the US, every major industry has one: Internet service providers (which are often monopolies in smaller regions), aluminum and steel production, airlines, mass media, pharmaceuticals, music, and the list goes on. In fast food 71% of the industry is taken up by just 12 companies, though the food industry is harder to create an oligopoly due to already low margins and that different types of food can be offered to avoid competition.

Americans are always careful with monopolies, we try not to let any one company control an entire industry at a national level (though we oddly have no issue when it’s done at the local level). However, we’ve ignored that we’ve moved into an economy where each industry faces little to no competition. While there is some competition, it’s not significant nor is it enough to effectively lower prices. Likewise, when few companies compete within an industry, you not only harm the consumers, you harm the workers. Just as consumers won’t find low prices, workers won’t find higher wages because “the market” has set wages within that industry. But if you’re skilled in media and want more pay, where are you going to go if there are only 5 other options and they pay the same? “The market” has only set that pay because those 6 companies don’t have to compete against each other to gain quality workers, so they can artificially lower the wages. Multiply this across various industries and you begin to see how our obsession with large companies in industries has forced wages to remain low; when 2-10 companies control an entire industry, representing millions of workers, the companies get to dictate the market price of labor because they control the market.

See, the above isn’t a free market. A free market requires the market to, well, be free. That means free of harmful government regulations (note the use of the word “harmful” here) BUT ALSO must also have robust competition. If an industry requires large corporations with little competition in order to function, then it means that industry ought to be heavily regulated by the government because it’s not a market industry; the market can’t self-regulate the company or companies because they are the entirety of the market. If you have 100 businesses within any given industry then the market tends to self-regulate (to an extent). There’s enough competition that people will pay higher wages to attract better workers, which gives them an edge over the competition. The higher wages means the average worker can consume more, so more money is spent within the industry, which boosts other businesses. The cycle continues. If, however, you have 5 businesses within any given industry, then the market is clogged up and doesn’t exist. Here’s an example for those who follow the NBA (and if you don’t follow the NBA, there’s something fundamentally wrong with you):

In the current state of the NBA we see oligopoly in action. While there’s an entire season and 30 NBA teams competing for a title, in reality there’s only 2 teams that could possibly win it. 5 if you press it. Golden State and the Cavaliers round out the top and are realistically the only two teams who could possibly win the championship. Of course, on the wings are Houston, Boston, and maybe the Thunder (if they figure out how to play together). Of course, Boston fans would argue that Boston has the best chance, but that’s what Boston fans do. But outside of those teams, everyone is just playing to play. They don’t have a realistic chance of winning. Now imagine if the NBA came in and rather than putting a salary cap on a team, they put an All Star cap on a team, meaning you’re limited on the number of players you can have who have been named to an All Star team over the past two seasons (I’m not saying the NBA should do this; I’d hate it as a fan of the sport). Suddenly, the NBA would become VERY competitive. There’d be no way to really predict a winner; sure, there’d still be teams that you know wouldn’t win, but the list of who could win would increase to at least 10-15 teams, or half the league.

Take that analogy and compare it to the modern American economy. What if we broke up oligopolies? What if we went into industries, saw that the market was clogged like a bad artery, and cleared it up? What if in any given industry the competition went from 5 to 50? Sure, within 2-3 years it’d dwindle down again due to some companies not being able to make it, but you could see it leveling off at a much higher level than now. What’s happening in the modern age is companies are being bought out while they’re healthy. We didn’t get here because companies were failing; we got here because companies bought out their competition. And as multiple industries have seen companies clog up the market, we’ve seen prices go up for common items and wages remain stagnant because where else are you going to go?

If you look at successful economies in Europe – not just the mythical Nordic nations, but also Germany and…uh…Germany… – one of the common themes is they’re very anti-oligopoly. In industries where large corporations are required, which stifle competition, there are heavy regulations in place and the industry must function within those regulations. Those economies are doing the opposite of what the US is doing and they’re experiencing stability rather than stagnation. In fact, the great economic boom in the US in the 1950s, 60s, and early 70s occurred because most US industries were full of competition. While come industries were still oligopolies, enough industries and therefore enough of the jobs out there had enough competition that the oligopolies in other industries still had to keep higher wages in order to compete for better workers, even if from other industries. We started moving away from that in the 80s and, well, here we are now, in one giant shithole of a real economy.

The CVS and Aetna merger is just another one that’s bad for workers and bad for consumers. It won’t solve the problem of prices, but it’ll make some executives on both sides very, very wealthy (well, wealthier). In the land of giants we need a giant killer, a modern day Teddy Roosevelt to come in and break these companies up and free up the markets in these multiple industries. Merely increasing minimum wage or increasing taxes on the wealthy won’t solve it; we have to break these companies up.