I’m not one of those, “You’ll be shocked when you read THIS” or “14 Reasons Why Your Should Consider Your Opinion About Dinesh D’Souza.” I like to just get to the point, and the point is that Dinesh D’Souza is a horrible person and a horrible thinker. What do I mean by this? Well, yesterday I came home to discover a giant cockroach thinking he could stay in my apartment rent free (New York is a magical place) and after a battle, I finally killed it. It wasn’t pretty and, honestly, it was horrible, but given the option of having that cockroach in my apartment or having Dinesh D’Souza over for a conversation, I’d take the cockroach 125 times out of 10 (not a typo).

But why do I hold D’Souza in such regard? Well, look at his Twitter and you’ll see what I call “D’Souza’s Conundrum: Either D’Souza is a trash heap of a human being because he says the things he says knowing they’re false, but that they’ll make him famous OR he actually believes the stuff he says in which case he’s an idiot.” Allow me to submit my evidence:

Exhibit A: The Man Knows Fuckol about Fascism and/or the Democratic Party

D’Souza is on a big kick lately to argue that Obama was close to Fascism while Trump is the furthest thing from it.

WATCH: Is fascism on the Right or on the Left? @prageruhttps://t.co/wL2Z82GRFS

Obama’s collectivist ideology & deployment of the state against his critics (including moi) show that he’s much more of a fascist than Trump pic.twitter.com/bNk2BWQC07

But this ignores the fact that D’Souza, aside from his personal hatred of Obama (we’ll get to that), doesn’t actually understand a thing about fascism. Using the State to target individuals (which didn’t happen to D’Souza, as the judge stated in his case, and it’s also why D’Souza plead guilty to the felony of election fraud; you don’t plead guilty if you’re innocent) isn’t unique to fascism, but is pretty common among all autocrats and demagogs. It’s happened in almost every nation that’s ever existed, including our own. To call it fascism because fascists did it would be the equivalent to calling George W Bush Hitler because they both liked to paint.

Regardless, D’Souza can’t even get the basics of fascism down. He consistently points to Mussolini being a socialist, but Mussolini rejected socialism after his party lost in 1919. He noticed the more nationalist and pro-war he become, the more people liked him. It’s why in his own Doctrine of Fascism, Mussolini wrote:

Outside the State there can be neither individuals nor groups (political parties, associations, syndicates, classes). Therefore Fascism is opposed to Socialism, which confines the movement of history within the class struggle and ignores the unity of classes established in one economic and moral reality in the State; and analogously it is opposed to class syndicalism. . . .

That’s pretty clear-cut. Out of the ruins of WWI we had fascists coming up and blaming liberalism and socialism for the failures of the war and its aftermath. The fascist economic solution to this was to appeal to the elite, ruling class in exchange for more economic control. Thus, the elites were able to maintain their wealth and power, but they had to submit to the control of the State, which was attempting a “cultural revolution” to promote the nation’s superiority. None of that sounds like anything we have in America, not even under Trump or the GOP, especially as it seems corporate interests are driving the State and pushing the State away from any sense of control over the economy.

In fact, under fascist governments in the 1920s and 30s, fascists were notorious for privatizing industries and businesses that had previously been completely state-owned. While France, the United Kingdom, and others sought to nationalize certain industries, Germany, Italy, and Spain were privatizing previously publicly-held companies (though they still had strict government controls over them). This was done to curry favor with wealth industrialists and made the fascists the first ones to privatize public companies in the Western World.

The above occurred because the fascists were pro-private property and pro-market economy. In using the term “state-capitalism,” Mussolini didn’t mean that the state would own everything and there’d be an abolition of private property, but rather that the central planning of the economy would steam from the state with the aid of privately held businesses. The government would set the rules and the corporations would follow. This is in response to state-socialism, which had all central planning done exclusively through the government, where the government would not only set the rules, but would manage the companies and own the companies, sharing the profits with all.

Obviously, fascism doesn’t look like socialism. Hell, it doesn’t even look like capitalism. It looks completely foreign to anything we’ve ever seen here in the US (in terms of economics) because we’ve never seen anything like it. Were Obama a fascist then his economic policies would have displayed heavy government control over private industries (government appointing board of directors), but we didn’t see that. Nor do we see it from the Democrats who are incredibly pro-free market. Wanting regulations doesn’t make one a fascist, it just makes one a sensible economist. The question is how far do we want things regulated? The type of regulation and the purpose behind the regulation determines if something is economically fascist.

But, the biggest irony here is that socialism is – for lack of a better term – egalitarian, or ecumenical. In its extreme views it completely denounces state borders and wants the State to be abolished completely (anarcho-socialism), with rules and regulations being set by different communes and/or worker groups. Regardless, socialism views the world through the lens of abolishing a class system; thus, regardless of one’s race, ethnicity, or nationality, there is a unifying factor of being in the same class. It’s why the unifying call of “workers of the world unite!” is always tied to socialism. Fascism, on the other hand, is none of the above. It wants a strong State, it wants a nation, it wants the superior race to survive, and thinks identity is better found in the nation or the race than in the class. So to claim that socialists are fascists is, well, stupid.

Exhibit B: D’Souza is a Racist and Pretty Open About It

YOU CAN TAKE THE BOY OUT OF THE GHETTO…Watch this vulgar man show his stuff, while America cowers in embarrassment pic.twitter.com/C9yLG4QoOK

I really shouldn’t have to go into too much detail here, right? He called a black man “boy,” ran with the stereotype of black men being in ghettos, justified calling black men thugs because black men commit a majority of the crimes (just…LAYERS on that one), and shared an image that essentially says that if not for slavery and racial oppression, black people would still be living a backwards existence in Africa. W E W

This is, after all, the man who in his book The End of Racism wrote, “The American slave was treated like property, which is to say, pretty well.”

Do I even need to elaborate on this? If you can’t see the racism in the tweets and his quote, sorry to say but you’re probably a racist. What I will do is state that his not-so-quiet dog whistling is incredibly dangerous, because to the far-right he’s a token. That is, he’s a brown guy who is saying racist things, which then makes it okay for white guys to say racist things. Trust me, I’m a white guy, so let me fill you in on how this works:

If a white guy doesn’t hear a brown guy say something racist, the white guy shuts up. When it’s just other whites in the room, especially if they have red “Make America Great” hats on or the Confederate flag is positioned somewhere in the room, they have no issue saying something racist. But they’re hesitant to do it in public because then they could be a racist. BUT, if they can point to a brown guy and say, “But Token Brownguy said x!” then they feel immune to any claims of racism. And Dinesh D’Souza – lacking credibility and scholarship for anyone who’s spent more than an hour reading a book – still gains his following by volunteering to be that token brown guy. See, you can share those memes, you can call Obama a boy, you can be as racist as you want because Dinesh did it and he’s not white!

It’s a dangerous game that if allowed to perpetuate and stoke the fires of racism within the white far-right would, ironically, cause D’Souza to be irrelevant. He’s only relevant so long as the far-right needs a token brown guy. But once racism becomes normal again…Make Racism Normal Again?…once it’s no longer an extremist view, there won’t be any need to justify what a white guy says with,”Yeah, but, Token Brownguy…” It’ll simply be accepted. D’Souza is ultimately undermining himself, but in the meantime supporting and perpetuating a system that is incredibly unfair to non-white citizens, specifically African-Americans.

Considering all of the above, we’re left trying to figure out if D’Souza is doing all of this while knowing he’s wrong, but knowing it’ll also make him popular, or if he’s a true believer. I’m not sure which one would be better, but it’s possible that it’s both. It could just be that D’Souza does believe what he’s preaching, but when faced with opposition he chooses to ignore it and not actually do the academic thing and learn or think through another viewpoint because to do so wouldn’t be advantageous to him. It wouldn’t gain him followers, it wouldn’t gain him financial support, and it wouldn’t make him popular, so why do it?

Maybe he’s just gorging himself on the trashcan of ideology. 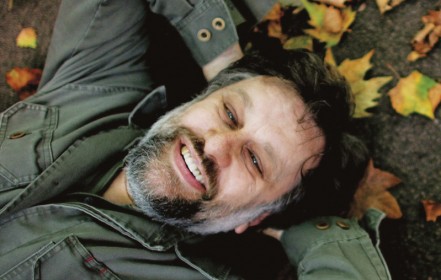 Or maybe he just wants to present one point of view because it’s a profitable point of view; not necessarily monetarily profitable, but it strokes his ego enough that he has no motive to change. Either way, his lack of thinking and/or his selfish motives in what he does make him pretty horrible, especially when it creates victims and is misleading hundreds of thousands of people.

So…troll him, not only because it’s fun, but because what else can you do?

So, just to add to the fact that he’s a horrible person…

ANOTHER TERM FOR OBAMA: I’d like to see Obama’s next term be a few good years in the hoosegow pic.twitter.com/vsntmJZsXl

What is it with these Democrats? https://t.co/H42ahQXYbW

So, a tweet showing former President Obama in prison and another mocking Democrats for their sexual indiscretions. No big deal except for the fact that Dinesh is a convicted felon (as mentioned) and also cheated on his wife. He also supports Trump at every single chance he can get…the same Trump who is an admitted sexual harasser (and that’s like, at the very least).